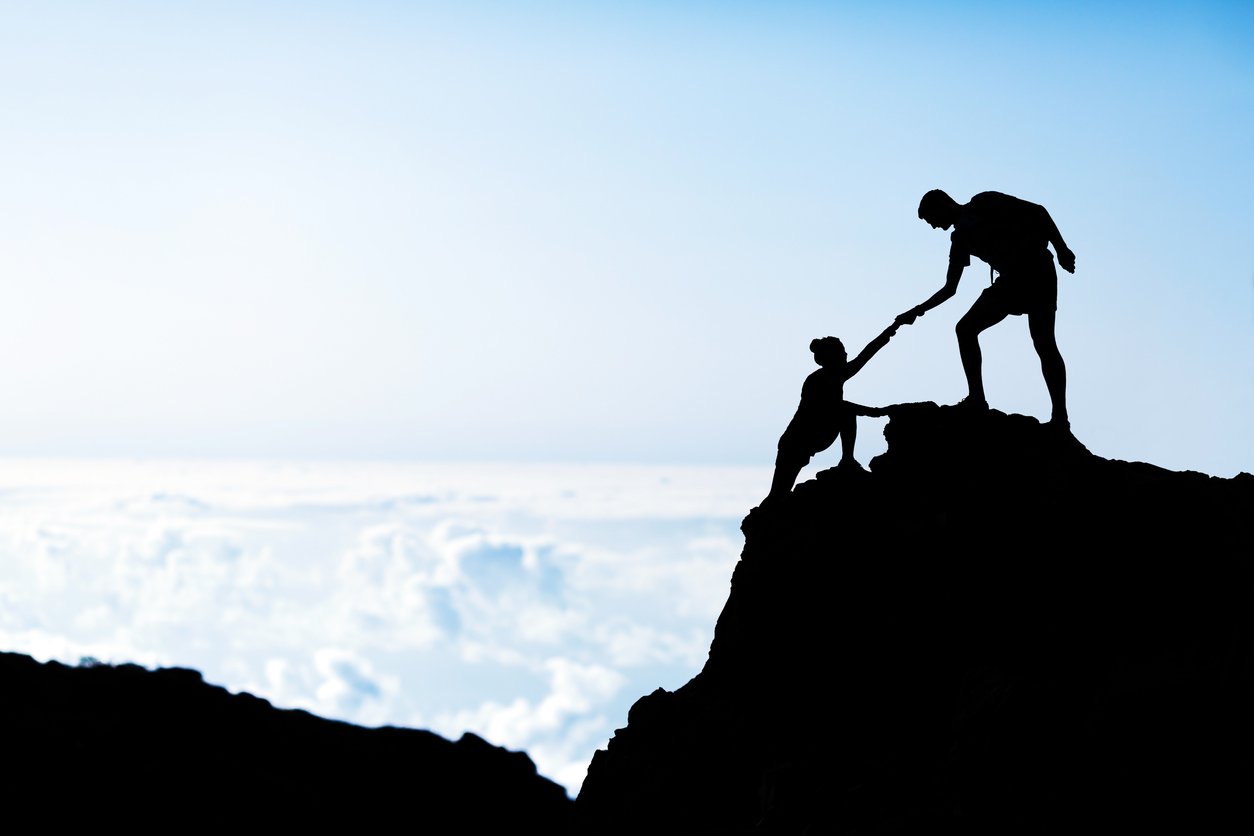 A question you get asked a lot in interviews for leadership roles is to describe your leadership style or approach.

I’ve spent a lot of time in my last 10 years or middle and senior leadership reflecting on this question. It even formed a significant part of my MBA studies where my dissertation focused on the concept of distributed leadership and its relationship to job satisfaction.

There are various different models of leadership and ways to describe the differing styles and approaches. From the ones that ask you to compare yourself to an animal… Are you an Eagle, Bear, Lion or Beaver? to a set of cards I’ve seen which link your leadership style to dog breeds! However for this article I’m going to stick to the more traditional phrases!

I sincerely believe that great leadership, and great leaders, are people who can focus on the bigger picture and can collaborate effectively. Whilst there will always be a time and a place for an autocratic approach to leadership – rarely will this produce optimal outcomes because autocratic approaches rely on the wisdom, intelligence and experience of an individual… and however impressive they may be, they cannot possibly hope to be able to compete with a team of people who are truly working together pooling their intelligence and experience.

Jesus called them together and said, “You know that those who are regarded as rulers of the Gentiles lord it over them, and their high officials exercise authority over them.

Not so with you. Instead, whoever wants to become great among you must be your servant,

and whoever wants to be first must be servant of all.

Or in the writings of Lao-Tzu who said:

When you are lacking in faith,
Others will be unfaithful to you.

The Sage is self-effacing and scanty of words.
When his task is accomplished and things have been completed, All the people say, ‘We ourselves have achieved it!’

Or in the Arthashastra, written by Chanakya in the 4th century:

the king is a paid servant and enjoys the resources of the state together with the people.

The modern concept of servant leadership stems from the work of Robert K Greanleaf, but essentially it can be summarised as follows:

Traditional leadership generally involves the exercise of power by one at the ‘top of the pyramid’. By comparison, the servant-leader shares power, puts the needs of others first and helps people develop and perform as highly as possible. Servant leadership inverts the power pyramid; instead of the people working to serve the leader, the leader exists to serve the people. When leaders shift their mindset and serve first, they unlock purpose and ingenuity in those around them, resulting in higher performance and engaged, fulfilled employees.

These ideas overlap with many other aspects of leadership theory, distributed leadership, for example centres on the development of trusting relationships where the leadership authority can be distributed amongst a team rather than vested in a single individual. Similarly there are components of the ‘leader as coach’ theory embedded in here where one of the roles of the leader is to coach those you lead in order to get the best out of them.

At all stages of my leadership journey I have felt my role was, at least in part, to be useful to those I lead. To provide care and support, but also to clear out the obstacles in their jobs so they can focus on the really important aspects of their roles.

What has this looked like in practice? Well as a Head of Department, one of the key roles I felt I needed to fulfil was ensuring that the practical details of administrating the department were done, so that when one of my teachers needed a textbook, or a board pen, etc these were always ready for them; providing clear, but flexible schemes of work; copying practice exam papers; collating good extension activities etc. These things aren’t in and of themselves that important, but if they are not done they can distract from the essential job of them teaching their students. Ensuring these practical things were done and ready also meant that when we met as a department we could focus on talking about important things like the subject, how we teach certain topics, and how the students were getting on…

When I took on the role of Director of Studies, I continued with the same approach, always asking myself what are the things which are getting in the way of Heads of Departments doing their work (and serving their departments) effectively. For this group it was ensuring that things like academic rhythms were clear, making reference documents easily available, clarifying policies, etc.

To be clear these things aren’t leadership in themselves, but they recognise that part of the role of leading is clearing the way for people, and sometimes that mean picking up the shovel yourself!.

Tackling these types of practical things has all sorts of positive benefits. Not only do they clear the way for the people you lead to get on with the things that are important; they also show the people you lead that you recognise their time is important and that you value that, and crucially them. This is essential as leadership will sometimes require you to get people to do things they don’t really want to so, and these acts of being helpful enable you to build trust with your team.

You can think about one aspect of this style of leadership as being focused on reducing friction, so that your team can focus on the things which are important. At the same time a servant leadership approach puts emphasis on supporting and developing those who you lead so that they become better leaders themselves.

Another way to think about servant leadership is to think about the difference between leading through power or authority/influence (an idea explored by James C Hunter in The Servant). Power, is in this context getting people to do things because there are consequences if they don’t… Authority & Influence is when people follow not because they have to, but because they want to…

A servant leadership approach, which emphasises the needs of those you lead, and seeks to always develop them and get the best for them — and thereby for the organisation — will naturally build up authority, influence and trust.

For me the most important thing about real leadership has always been that it should result in improvement. At its best servant leadership will have a cascading effect whereby the leader will enable those they lead to give their best and improve; and they in turn will have the same effects on those they lead, all the way through the institution.

At its heart servant leadership starts with the servant part, as Robert K Greanleaf said:

“The servant-leader is a servant first. It begins with the natural feeling that one wants to serve, to serve first.”

I challenge you to think about whether there are ways you can foster more servant leadership in your own leadership approach and amongst those you lead.